Culinary Lavender
What it is and how to use it

You may be growing lavender in your garden and dreaming of all of the lavender drinks and desserts you’ll be making this summer: lavender lemonade, lavender shortbread cookies, lavender brownies. Yum!  But before you start concocting, it’s important to know that not all lavender is created equal – at least when it comes to culinary creations.

So which lavenders should you choose? Well, intermedia and stoechas lavenders contain a lot of camphor so you won’t want to use them.  (Intermedias are the really large, long-stemmed lavenders that are great for bouquets.  Stoechas are the early blooming, rabbit-eared lavenders that are great in the landscape.)  They won’t hurt you if you eat them – but they will make your creations taste like soap.  Instead, look for the angustifolia lavenders.  These are the small to medium sized plants that bloom in June and early July.  A few of the more common varieties are Royal Velvet, French Fields, Folgate, Mellisa, and Buena Vista. But really, any angustifolia will do.  And within this group there are still some choices to be made because different angustifolia varieties have different notes.  For example, Royal Velvet has a slightly citrusy aftertaste, while French Fields tastes a little peppery.  So I use Royal Velvet when I’m making sweet dishes and French Fields for savory dishes.  It’s fun to experiment with different culinary lavender to see which ones you like!

But it’s not just the variety of lavender that makes it culinary; it’s also the cleaning process.  Of course you can use fresh lavender in your recipes, but if you’re using dried lavender, there are a few steps involved. The first step is to dry the lavender in a clean, well-ventilated space.  Next is the debudding (rubbing the lavender between your hands so that the buds fall off into a clean bowl).  I take the extra step of putting my buds in the freezer for a few days, just to make sure there aren’t any tiny little critters in there. Once this is done, it’s time to clean.  And clean. And clean some more. 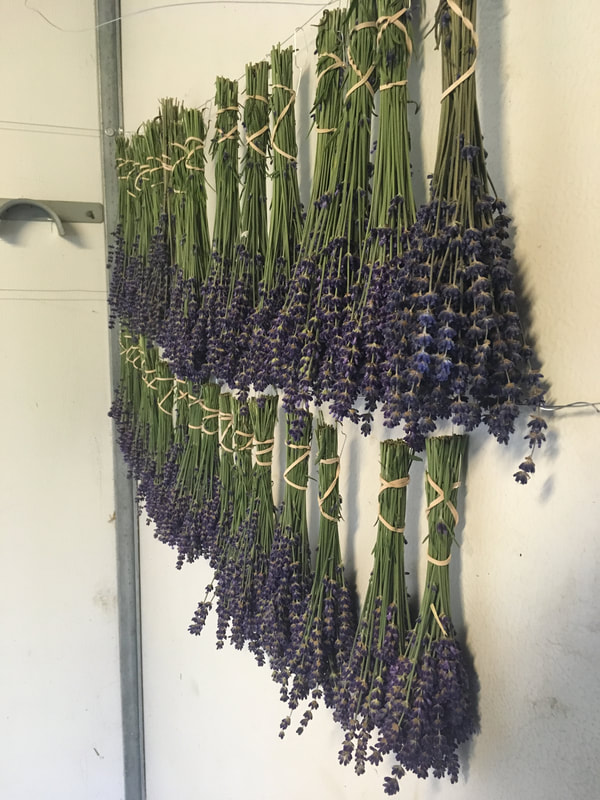 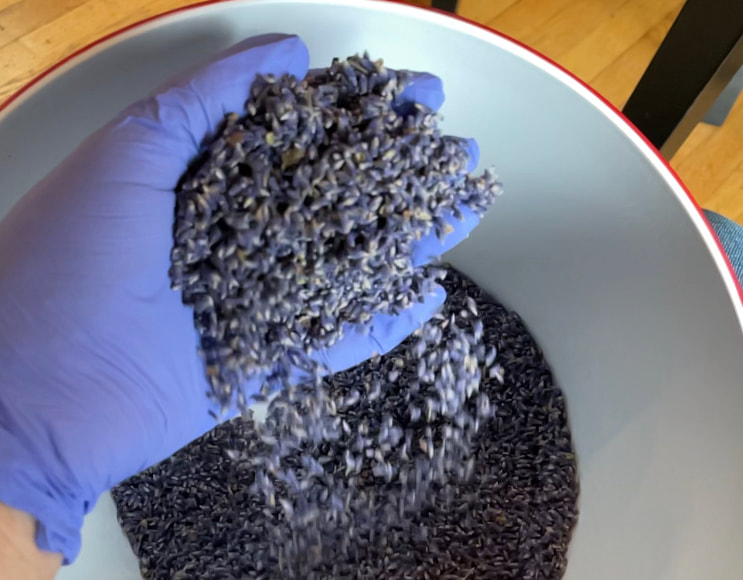 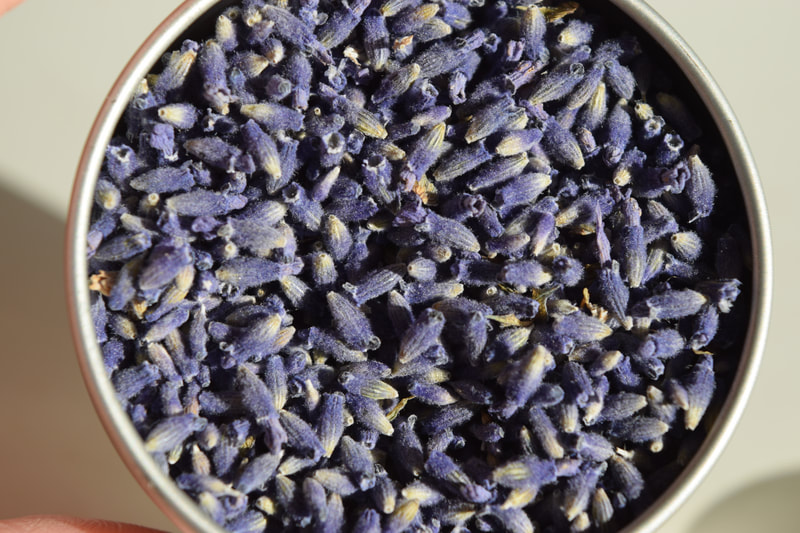 First cleaning:  Pick through the buds, throwing out stems and leaves.

Second cleaning:  Sift in a mesh strainer to get rid of as much chaff as possible, continuing to pick out leaves and stems.

​Third cleaning:  Use Mother Nature's help to get rid of the rest of the chaff.  To do this, I wait until a slightly breezy day and then sit outside, pouring the buds from one bowl to another. As I do this, the wind very efficiently carries away the lightweight chaff. (You’ll lose a few buds in the process, but that’s ok.) I pour back and forth 8-10 times until all that’s left is beautiful, clean culinary bud.

Now it’s ready to use!

When it comes to incorporating lavender into your recipes, less truly is more.  Lavender brightens and adds a touch of something different to any recipes – if used sparingly.   Just a hint of lavender can go a long way. My goal is the quizzical look and the ”what is that?” “What did you do differently and “I can’t put my finger on what that tastes like” questions and comments.  That's when I know I've added just the right amount.  Lavender pairs especially well with chocolate and lemon for sweet treats.  And for savory dishes, it's great combined with thyme, oregano, savory and many other herbs.

So enjoy the recipes on the next pages and have fun experimenting!